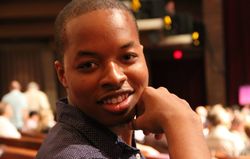 Daniel is a graduate of Western Carolina University where he received a BM in Trombone Performance and a minor in Bassoon, as well as a BS. Ed with a minor in psychology, concentrating on adolescent development. Daniel is currently the Director of Bands at Cambridge High School in Milton,GA.

Previously at Swansboro High School, the band program increased by 150% and became a program of distinction in the Southeast Region of the State in less than 4 years. Under his direction, the Swansboro Concert and Jazz Programs received consistent superior ratings at music performance adjudications and students have shattered school records by increasing the number of students to make District and Regional honor bands by 400% and the number of students to make the North Carolina All State Band by 200%. In 2019 Daniel was named the Swansboro High School Teacher of the Year, the 2019-20 Onslow County Teacher of the Year, and most recently the 2020 Burroughs Wellcome Fund Southeast Regional Teacher of the Year.

In his time in the performing arts, Daniel has worked with numerous award-winning programs across the Southeast Region of the country, including the World Class organization, Spirit of Atlanta Drum in Bugle Corps, where he was recently named as Brass Caption Head as he returned for his 5th year with the corps. In the winter of 2016, he was the Music Director for the WGI Open Class Winds Group, Carolina Gold Winds, which won the silver medal at the 2016 WGI World Championship. As a performer he was a member of The Cavaliers Drum and Bugle Corps from Rosemont, IL.

He is a member of The North Carolina Education Policy Fellowship Program (2020 Cohort), and the Compliance Commission for Accountability established by the NC Board of Education to advise the State Board on testing and other issues related to school accountability and improvement. His professional organizations include the National Association for Music Educators, and Phi Mu Alpha Sinfonia Fraternity INC. 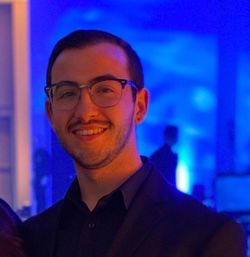 Michael is a graduate of Kennesaw State University where he received a BS in music education. At Kennesaw State, he studied percussion under the direction of John Lawless. Michael served as principal percussionist of the KSU Wind Ensemble as well as captain of the KSU Drumline. While in college, he worked with the Cambridge Drumline from 2016 – 2018. Michael is excited to return to the program as its full time Percussion Director.

In his time in the performing arts, Michael participated in several World Class ensembles. He marched snare drum with the Spirit of Atlanta Drum and Bugle Corps in 2018 and 2019. Michael was also a member of Atlanta Quest, a finalist indoor drumline competing in the WGI world class circuit, in 2018, 2019, and 2021. Mr. Makrides is looking forward to sharing his knowledge of marching and concert percussion with the Cambridge Band Program. 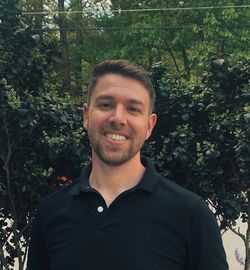 Previous to his teaching in the marching arts, Jordan performed with groups such as Onyx Independent World Winter Guard, Southeast Independent Winter Guard, and Glassmen Drum and Bugle Corps. Jordan is excited to begin his tenure with the Cambridge High School Band Program as the Color Guard Director and already feels welcome and included in this wonderful community. Go Bears!